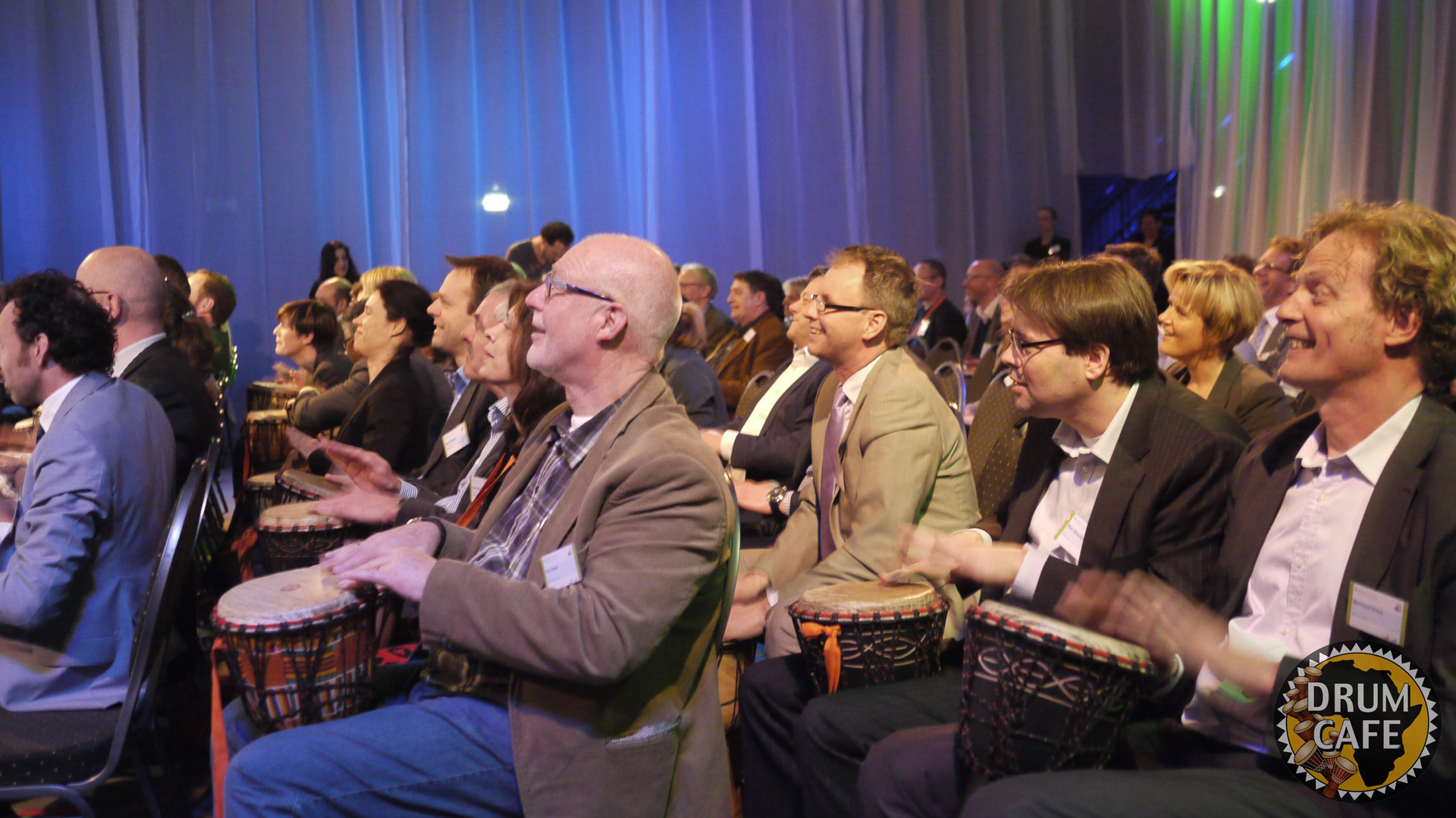 Drumming has been used for centuries to send messages, create bonds and promote unity within groups. It has also been found to reduce stress and to “tune” human biology in positive, life-affirming ways.

Now its therapeutic benefits are being channeled in a new direction – to improve motivation and communication in the workplace, to wow delegates at conferences and company gatherings and as unusual way of encouraging employees to let off steam after a grueling meeting or an intensely busy period at work.

When the participants – staff at a nursing home – took part in six weekly drumming sessions, it improved their mood by almost 50%.

Dr Bittman, the author of the report, said there was a decrease in feelings of fatigue and depression.

The positive effects of the drumming continued for a year, he added.

He said it resulted in 49 fewer employees resigning from the nursing home, over the 12 months that followed.

Banging on.
He is now calling for drumming sessions to be introduced across all industries.

In the drumming sessions at the nursing home the participants performed a series of exercises, including beating the drum in the rhythm of their own names, copying those of someone else, representing their feelings by drumbeats, playing along to music, and discussing on-going stresses with the group.

Immediately after the sessions were completed, the staff were said to show a 46% improvement in mood.

And six weeks after the sessions ended the same people showed a more than 62% improvement in mood, the report added, suggesting that the emotional boost can continue long after the music has ended.

Drums
A colleague of Dr Bittman at the Mind-Body Wellness Centre, said the drumming “creates a connectiveness and energy within the group”.

We work with a subsequently number of companies that wanted energizing, distressing  and teambuilding sessions for their employees. That has since evolved into an international business that has run more than 50,000 events in 65 countries.